So my homie Steve took a trip to the Mi Havana cigar house in Pomona CA and ended up spending a chill afternoon hangin’ with Raul Reyner, the owner of Mi Havana cigars and the world-record holder for the longest cigar ever rolled! Raul was super friendly and gave us a few of his flagship cigars to review. And that is how I got my hands on the Mi Havana RR Robusto (it retails in the shop for about $14).

How do you describe something that blows your mind and all your expectations away? That, my cigar family, is indeed a trick question – because you really can’t. I was so not ready for this experience, kind of like Steve said, there’s something unique about this cigar that just “knocks you off your feet.” I was not only enthralled and taken aback; I was enamored. The “double-R” was full of flavor, but also there was something warm and familiar about this cigar.

To put it simply cigar family, this cigar was like smoking a full-course meal (similar in this way to the Mi Havana 7K cigar). Just delicious. In fact, I would sum up the experience of smoking the double-R with these three words:

Below are my detailed Session Notes, and further down you’ll find a full review of my experience with the infamous double-R.

The double-R is pure vintage

One of the most important factors (for me) about a cigar is actually the appearance of the cigar. If a cigar is eye-catching and nice to look at, it enhances the expectations of the cigar. The opposite could also be said for a not-so-attractive cigar. This cigar was beautiful –the dark brown, oily and veiny wrapper was lovely in every sense of the word. It had a vintage color and rough-around-the-edges look that really grabbed my attention and reminded me of a well-maintained vintage Porsche; sure the car is old, but damn it’s good looking. Am I right!?

Other than the appearance of this cigar, it’s the inside that counts. The Mi Havana RR was very well constructed with perfect airflow and the flavors of the tobacco blend – WOW, there was something that seemed vintage about that too. I get the feeling this cigar will hearken back to an older time for many experienced cigar smokers.

It has a smooth rustic earthiness

When people think of the word “rustic” I think most would say that rustic is an aesthetic or pertains to the way something looks (e.g. a type of Decor or something we can see). However rustic as applied to this cigar has much more to do with its distinct taste. Please, allow me to explain. This cigar had a flavor that I can only describe as a rustic-earthiness. Usually when a cigar is very earthy, to me it has a taste like fresh dirt or rich soil (this is not a bad thing)! The double-R had an earthy backbone and texture that were exceedingly (and quite surprisingly) smooth – a rustic taste that can be likened to a log cabin playing smooth jazz.

On top of the rustic familiarity of this cigar it was very meaty as well. To explain this flavor, I’d have to say it was like going to a barbecue and getting the meat right off the grill or smoker. It was quite pronounced, especially in the middle third, or body, of the cigar. Honestly they say some cigars are good after dinner; well this cigar was like a meal replacement, so meaty and savory like a nice steak to accompany the earthy backbone.

The double-R has a nice combo of rustic earthiness and savory meatiness.

The RR has a subtle brown-sugar sweetness, too

Something very surprising about the cigar that I didn’t expect was the sweet taste of brown sugar. It wasn’t prominent in every draw, but the sweetness was there every so often (and often enough) to remind me it was there. In fact, as I was punching the cigar and smelling the odor and taking a dry draw, the flavors I got were purely meat and earth – but the very first puff of the cigar also had a sweet tang that got me excited. Something out of left field. Sometimes sweet cigars can be too much, but this sweet flavor was subtle and steady, which added a nice complexity to the meaty taste. Almost like a thin layer of barbecue sauce on smoked meat, making this an idea cigar for a barbecue with friends. 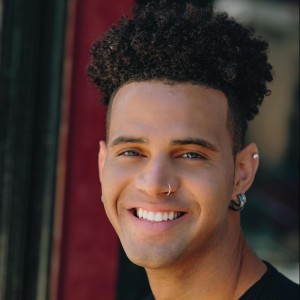 Yo, whats good party people. I go by the name of Christian Dion. I am an actor and model. Most importantly, I love cigars. I started smoking cigars when I was nineteen and the rest is history. All anyone needs to know about me is I grew up in South Orange County, and I am alumnus California State University, Fullerton with a degree in Business management. I have a love for cars, music and fashion. My goal is to bring a young fresh perspective to cigars and the culture as a whole and give the cigar lifestyle an update. So is anyone else Down to Smoke? #DTS 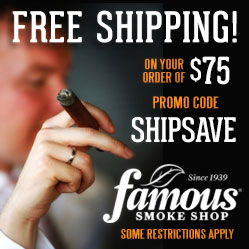